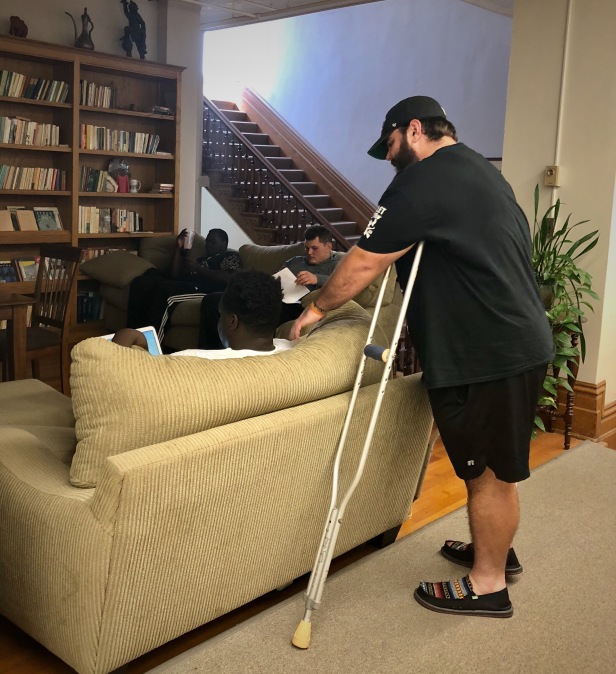 Saint Mary was founded in 1859 by the sisters of Charity of Leavenworth as an academy for young women. The academy was moved to Leavenworth Kansas in 1870. The University has a variety of architecture that was constructed from 1868-70. Saint Mary Hall was one of the original buildings built in 1868, serving both as the academy and the motherhouse of the sisters.

The University of Saint Mary is known for its beautiful campus and the historical architecture. Every day students are building knowledge, friendships, and a future within the walls of Saint Mary. Unfortunately, the main building of the university, Saint Mary Hall, has mold inside the building. The mold is contained and being maintained on the third floor.

Over time, Saint Mary Hall has aged significantly creating problems within the walls of the building. The historical character of the crown molding, wood floors, and unique ceiling are hard to maintain the originality and to also keep the structures up to standards of the 21st century health regulations.

Currently, there is still research taking place on the interior walls of Saint Mary Hall and engineers have visited to see how to resolve the problem of aging. On the third floor of Saint Mary Hall two professors have moved offices to be proactive about the mold and rust growing inside the building.  The division chair who facilitated this move was Doctor Zacharias.

“It’s like the game of Jenga, with one piece being pulled can cause many problems. The matter of the game is figuring out how we solve the problems and [to] keep the historical values inside the building,” she said.

The air systems are constantly kept on throughout the school year, creating moisture and overuse for the systems. The air systems vary from 40 to 50 years old, making them truly one of a kind to replace due to old manufacturing. Maintenance is continuing to try to solve the problem and keep the historical character of the building.

Melanie Roberts is a Sophomore at the University of Saint Mary majoring in Digital Communications.