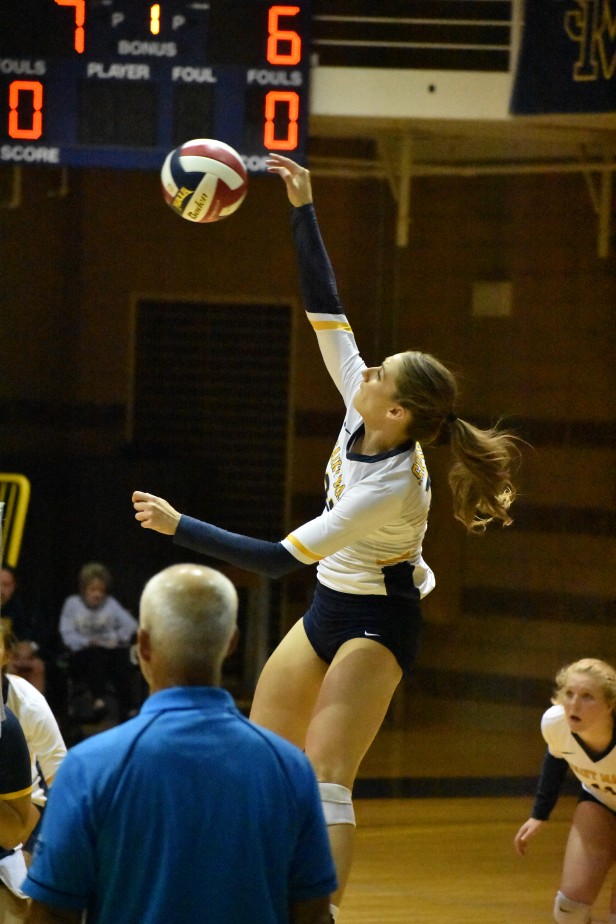 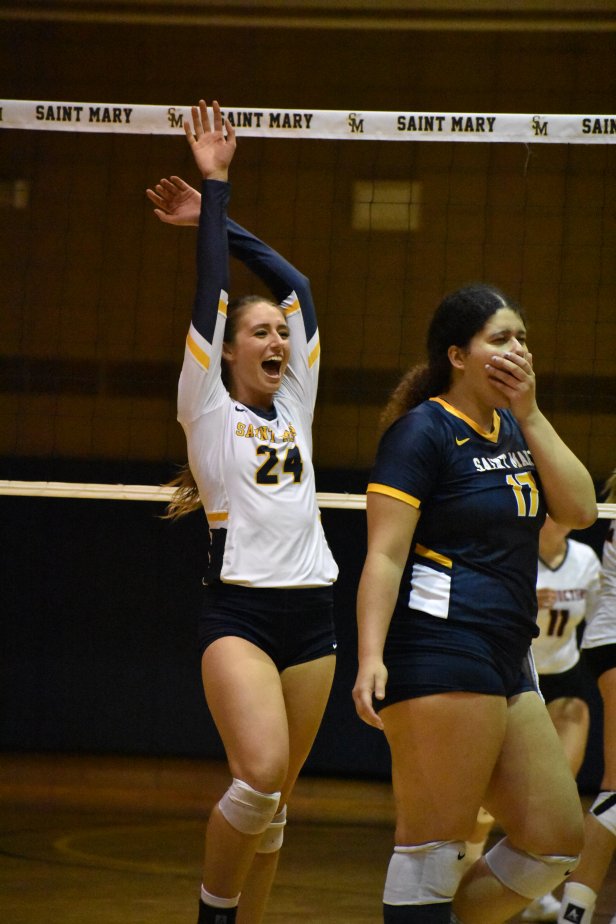 LEAVENWORTH, Kansas. — The University of Saint Mary spires sent the Ravens of Benedictine back home to Atchison in an action packed 3-0 sweep (25-21, 25-16, 25-23) on Wednesday evening.

To start the game the points were back to back right away. Early into the first set, Cody Offerle and Anna Hester went up for a block that would tie it up 10-10. It seemed like the momentum was all USM as Benedictine took a timeout at 15-12 with the momentum staying in favor of the Spires until the end of the set. Ryan Sports Center was electric with a large crowd of Saint Mary students, parents and fans, as well as a well-represented Benedictine crowd.

After the teams switched sides, the energy stayed with the Spires, who took a quick 9-4 lead prompting a timeout from the Ravens. It was all Cali Odom who was taking charge at the net. Cali would lead a rally of hard-hitting kills, in which she recorded 13 over the course of the game, the team high of the night. Hester closed out the set with a block that got the crowd on their feet. The Spires were hot going into the third and final set of the eveing.

The last set of the match started with USM behind. The deficit grew to 3-7 and head coach Amy Beall called a timeout to refocus her squad. Whatever Coach Beall said in the huddle worked, sparking a run by the Spires, which included a put back block from Odom, score was tied 7-7. The two teams would go back and forth until the tie was broke by Hana Ronnebaum who sent a rocket from the net straight down the line. The women of USM would keep the energy and end up winning the final set 25-23.

After the win, Coach Beall drove home to her players to remember “We are Saint Mary and we are pursuing greatness every rally of every play because we are champions.” After the final home opener in the Ryan, Senior, Cody Offerle said about her team mates “they really make me a good player and that is exciting.” The Spires travel to Baker for the Baker Invitational where they face Graceland University on Saturday.