How COVID-19 has Threatened a Coach’s Football Season

This article was written and edited in May 2020.

It’s 5:45 am on a cold winter morning on the football field at Saint Mary. The wind chill can freeze anything wet. The players are huddled in a group to keep each other warm. Coach Lance Hinson trots out onto the field with excitement in his voice, giving instruction on the proper stretches to start the day with. It is the first meeting of the 2020 season, and he plans to start it with a bang. After stretching he starts sending guys every which way and, it is controlled chaos.

Having accepted the offer as head football coach at the end of the football season last December, Coach Hinson has been scrambling to put together a coaching staff for the start of the spring semester. Now, with the COVID-19 outbreak sometimes even the thought of starting the season on time looks bleak. Having missed spring practices, it sets the entire team back, and gives coach Hinson even less time to turn the sinking ship around.

This is an unprecedented situation that universities and their governing bodies are trying to work through. Some resources are saying that there will be no halt to the 2020 season, but the stadiums will be empty. This is a different type of problem because most big-time college football programs rely on ticket sales. Another speculation is that the start of the season will be delayed, and teams will need to resort to playing only their in-conference schedule. The least likely option will be that the entire season will be canceled. Executives in the college football game realize how much of a financial hit the schools would take if there were no games played this year.

One opinion is that there is no threat to the 2020 football season. Schools and organizations like the NCAA or NAIA would lose hundreds of thousands of dollars. This loss would directly impact those institutions and how they support other sports. Most of all, football is the most popular sport in our country and the culture that surrounds football embodies our American values. Many wonder how did we get here, and where do we go from here? Coach Hinson has the experience to move forward. 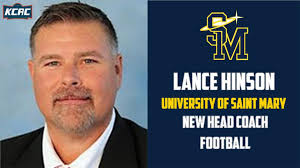 Coach Hinson grew up a police officer’s son in the small town of Rockwall, Texas just outside of Dallas. After playing for a local community college at Trinity Valley and suffering multiple lower leg injuries, he transferred to the University of North Texas. Upon his arrival at the university, he was still deciding whether to be a police officer like his father or a football coach. Hinson chose to follow the path of a football coach which led him to his first coaching job as a student at UNT. He received a scholarship to coach the defensive line and stated that he “was the only student in division one football with a coaching job.” After a year as the d- line coach he became a graduate assistant for two more years before being hired at Baker University for his first paid coaching job. 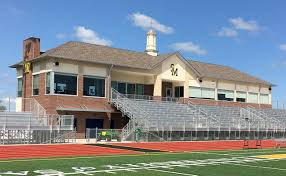 His first head coaching job was at the University of Saint Mary in the Fall of 2005. During that time Hinson bolstered the Spire’s defense and brought a winning mentality to the program. He spent seven seasons at the helm of the Saint Mary football program and changed the culture of the team. Coach Hinson is type-A leade, which is seen through the tight ship he runs.

Football players on the team say he demands respect and does not have time for players who are not on board with the program. He believes thats how you get the best out of a team, by getting everyone in the same boat and rowing in the same direction. One of Coach Hinson’s favorite quotes is “work hard, play hard” which is a perfectly describes his coaching style.

For Coach Hinson, the impact of COVID-19 is bigger than just missing spring practices. The coaching staff, for the first two weeks of the lock down was not really affected in the way they went about their business. After those two weeks, the coaching staff was told to work from home (see timeline below). The ball did not stop rolling there, as the coaches have met every day on Zoom for film review and to discuss where they are with recruiting. The lock down has stopped the coaches from traveling to schools across the nation to visit and meet with possible new recruits. 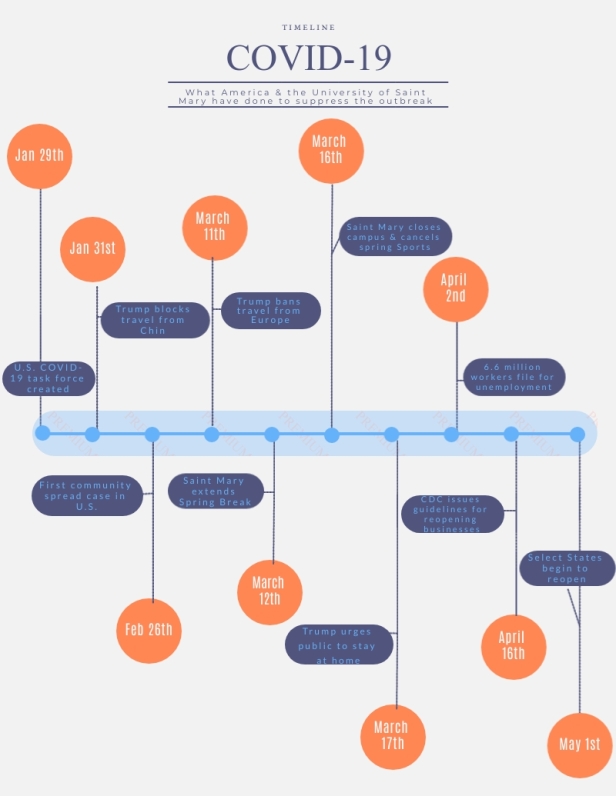 Another huge drawback from losing the last half of the semester is how Hinson planned to change the culture of the football team. Part of the reason why the team struggled last year was due to the lack of unity. One way a coach can change that is by “sending players to hell and back” together. Knowing that the guy next to you has been through everything you have, gives them confidence in each other. This was planned to be done in the second half of the spring semester that never happened on campus.

Academically, not being on campus with the students puts the head coach at a disadvantage. He cannot “rally the troops” to keep pushing and to finish the semester strong. Checking up on players is done through the phone which can take away from the urgency of the situation.

The recruiting game for St Mary, as well as all schools, has changed dramatically as well. Students cannot come and walk around campus and instead are given a virtual tour. The problem with this is that no one truly knows if a school is the right fit for them until they visit the campus in person. On campus visits help students to see firsthand where they will be attending classes and playing football.

As for this year, Coach Hinson is just trying to prepare his players the best he can, both academically and physically while dealing with COVID-19, and he is less concerned with long term goals at the moment.